There three candidates vying for the Utah County Republican nomination for Sheriff, the incumbent, Mike Smith, and two challengers, Hyrum Cox and Jeff Wabel. Mike Smith won by a sufficient margin at convention to avoid a primary. 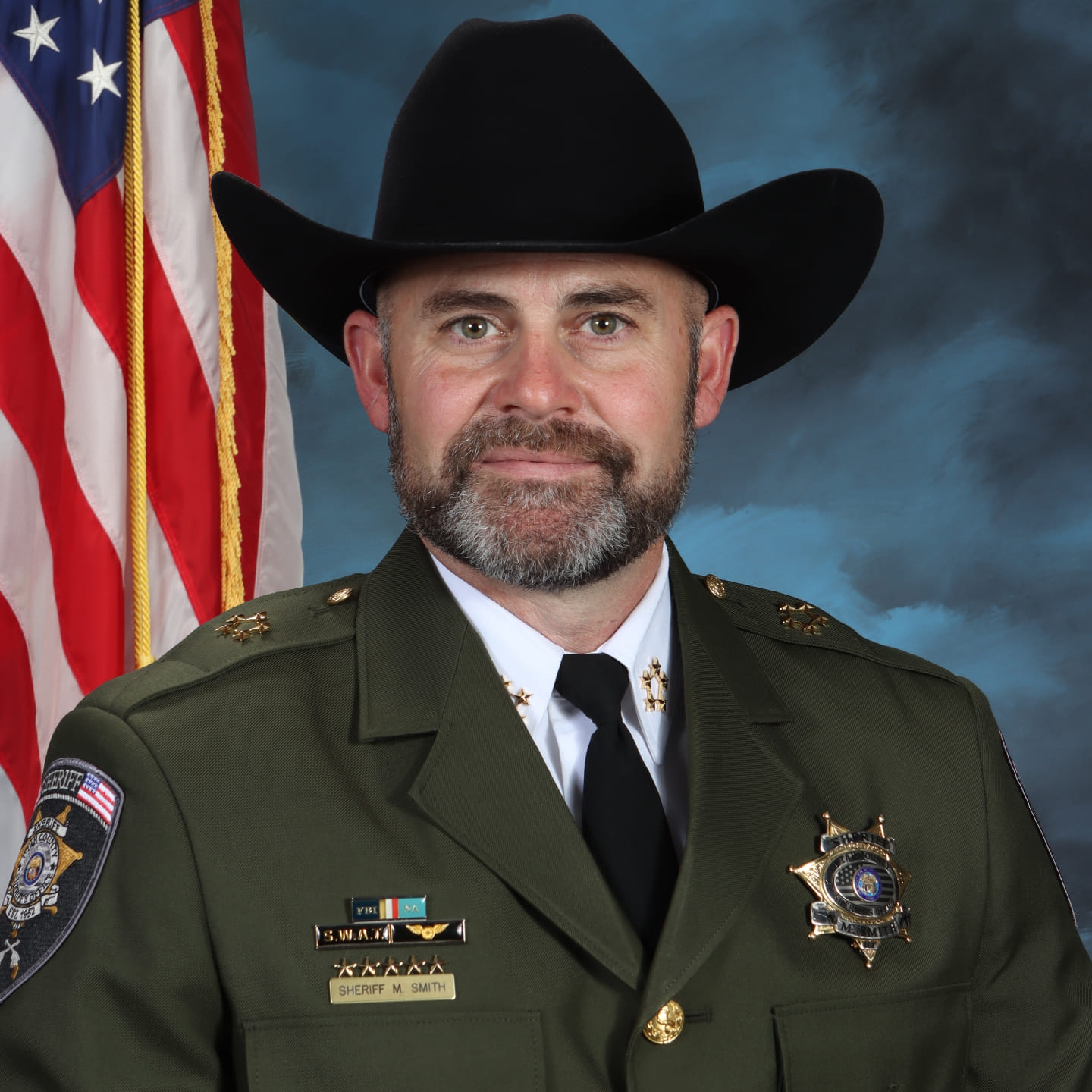 Mike Smith has served as the county sheriff for the last 3½ years. Before that he was the police chief of Pleasant Grove. Mike said that his term has been very eventful, between the fires in Spanish Fork and Covid-19. He said that with growth and Covid-19, there has been a rise in crime, domestic abuse, and suicides. Growth can be seen everywhere; Eagle Mountain approves a new building every 30 minutes, on average.

Last year, during Covid-19, jail inmates made over 267,000 meals for the Meals on Wheels program. They also made masks; these things gave them a sense of purpose. The RISE program also helps inmates by giving them a mentor and teaching them mindfulness. They sometimes even have opportunities to train rescued dogs. Covid-19 has been hard, as some programs and religious services had to be stopped for a while. Covid-19 has been the #1 killer for active duty officers. But things are almost completely back to normal now.

When the county commission issued a mask mandate, Sheriff Smith didn’t feel it was constitutional and didn’t feel it was the job of his officers to put themselves at risk enforcing it. He said that the government didn’t do their due diligence and that the commission didn’t use the money to make the necessary programs at first. Mike also said that the ACLU sued, demanding the release of inmates. The irony was that the inmates had medical coverage while in jail, but very few had their own insurance outside of jail.

One big issue has been the lack of funding by the county commission. They will only allow a few deputies to be hired. This means mandatory overtime, with some working 80 hours a week. He is glad that he finally got money for a mental health program for his deputies. Each deputy and their families get one checkup a year with a mental health professional. They were able to recently get a pay increase, which will drastically improve their retention and recruitment efforts.

They were able to hire a contractor to update their policies and, although it was difficult, they were able to get funds for body cameras. He is concerned that the can keeps getting kicked down the road and costs keep going up. The county has a recapitalization fund to replace existing equipment but it isn’t being fully funded. The county is charging the department $1 million more each year for the jail rent. 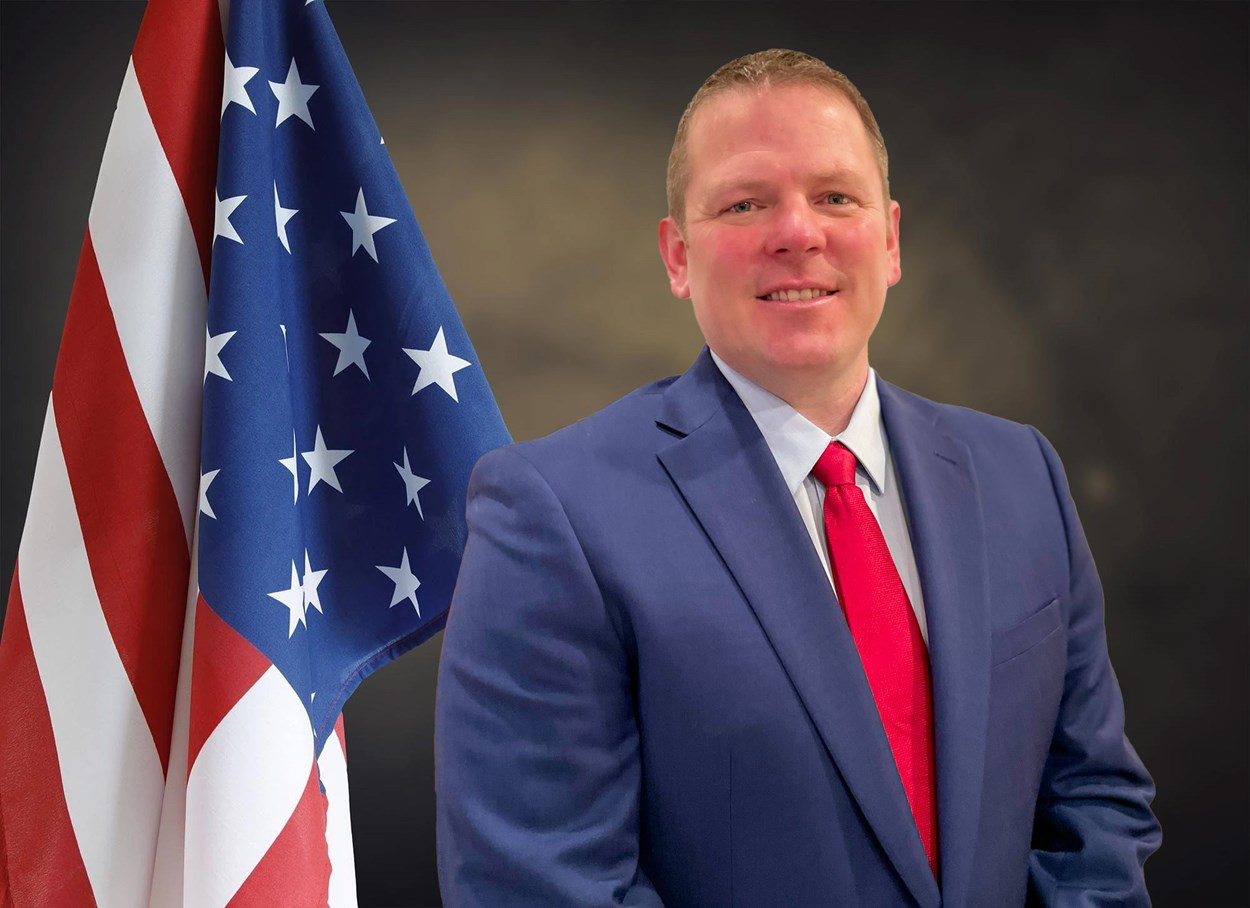 Hyrum Cox has been a police officer for over 16 years, 8 working for the Carbon County Sheriff’s Office, starting with the jail and 8 in Utah County. While in Carbon County, he started a family court program to help reunite adults with drug problems with their children. He also worked with the Carbon County SWAT team and ran the Family and Felony Drug Court programs.

While in Utah County, he has worked with the judicial division, country patrol, Eagle Mountain patrol, and canyon team that look for drug and alcohol violations at campgrounds. Hyrum strongly believes that much more be done in the way of crime prevention. He founded UCAP, Utah County Alternative Probation. This program focuses on why a crime was committed and seeks to find ways to help the perpetrator. This is an alternative to jail, so criminals don’t just learn to be better criminals.

He has found that many offenders are self-medicating for past trauma and mental health issues. It takes a community approach, working with other groups, such as AddictIIAthlete to make the program a success. Hyrum said they saw a 60% decrease in recidivism, compared to the control group. He sees the program as very successful and wants to see it expanded. He was pulled off of it after a training injury and has been on leave since.

Hyrum said that special victim crimes such as sex trafficking are the biggest moral threat facing the county and intends to greatly increase enforcement efforts on that front. If elected, he would move the focus more to helping offenders overcome their challenges then judges can be given more sentencing options to help accomplish that.

Jeff declined to be interviewed.