There are three candidates for the 2022 Republican nomination for Utah County Auditor: Rod Mann, Taylor Williams, and Rudy Livingston. In 1989 the Utah County Commission combined the offices of Clerk and Auditor. Then, last December, they split them again, citing an increased work load due to growth. 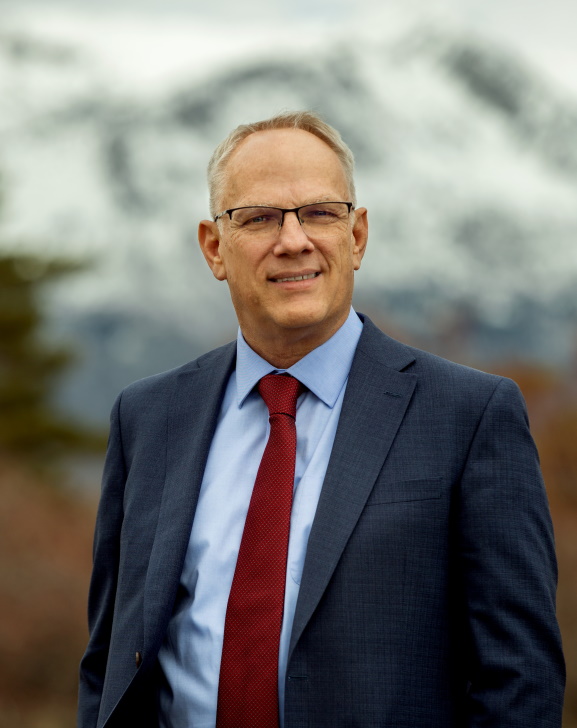 Rod seeks to make a positive difference in the community. He just finished a term as the mayor of Highland and asked the question, “Why do elected officials oversee office professionals?” Rod said it is for accountability and good judgment. Elected officials are accountable to the public and set the direction and vision for the office. They are also the ones what take the oath to protect and defend the Constitution.

Rod has 8 years of experience serving as an elected official and believes that he has plenty of experience listening to and working with others. When asked what to do with the current deputy position for the combined office, he feels that he can work with whoever is elected clerk and split that person’s time to serve both offices. He said that if the deputy job is split, he isn’t sure that it warrants two full time people.

Rod knows both the people in the office and the history of it. The elected auditor has 3 auditors who work for the office. He decides when to do a financial audit, and the county commission decides when to do performance audits and what metrics to use. Rod also feels that he can work with the commission, even when they disagree. He wants to see more performance audits. He believes that when you catch a problem earlier, it is easier to fix. He also wants to have a better relationship with our state representatives and senators.

Rod believes that his background in IT will help him work with the ancient financial system that is used and maybe migrate to something better. He wants more transparency on how the budget is actually used. He also wants to be the one that worries about the politics so the staff auditors can do their jobs. Taylor Williams already has a lot of experience in politics, helping others get elected. These include Laura Belnap (state school board), John Curtis, John Johnson, Jordan Teuscher, Jordan Hess, and Mike Peterson. Taylor worked at Entrata as Chief of Staff to David Bateman and worked for Keep My Voice, a group that worked against Count My Vote. He has served in various caucus positions and has a degree in constitutional law and public relations.

Taylor is currently the chief of staff for the current Clerk/Auditor, Josh Daniels. He oversees public service, finance, and the clerks. Taylor talked about both internal and external challenges. Internally, he wants to continue to solidify operational changes made when Amelia Gardner was clerk and continue to raise the bar of excellence. The clerk before her was very understaffed, and Taylor wants to make sure the county doesn’t skimp on the auditor’s office, but he feels it is currently appropriately staffed for main positions.

Externally, the biggest challenge is managing population growth. How does that impact services offered? What can scale? Where can technology be used to facilitate that? What are the best practices? What are the key performance indicators? Two percent population growth scales quickly. One example would be moving from paper to digital and putting training in a digital system. Look at what already exists and then innovate. When asked about the split role, he said he doesn’t need an assistant but the clerk might. He cares very much about this community and wants to see this as a place where he can raise his kids.

Rudy is a CPA and has been in local government finance for 25 years. He has worked for several cities in different roles and has been the budget manager in Utah County for the last two. Rudy has also worked in the corporate world. He feels government service has become his calling.

Rudy strongly believes that you need a technical person in the position. The auditor is the CFO of the county and there isn’t much redundancy. If a key member of the staff leaves then there isn’t somebody to fill the role, unless the auditor is technically sound enough to do it. It isn’t like the state where the auditor is more administrative. Having a figurehead at the top of this office is a waste of money.

When asked about a deputy, he said one commissioner doesn’t want to see a deputy but he would recommend one. Rudy believes that he is the strong leader the office needs while going through the split from the clerk’s role. Rudy would like to see more transparency and make the information more accessible to non-accountants. He would also like to see more public input. He will continue to work harder than any staff member and has prepared himself with extensive experience.